Fostering[1] internationalisation in a Country that doesn’t speak English

An interview with Fernando Napolitano, president of Italian Business & Investment Initiative, on the Italian conflicts in politics, business and public works

Italy could put itself back on the International markets map[2] by striking a new balance between public and private funding. But first we must address[3] some internal cultural conflicts, that politics and the media do not see.
Italy is a Country that doesn’t speak English and this alone should be enough to understand the position of Fernando Napolitano, President of Italian Business & Investment Initiative, and co-author with Mark Gerencser, Reginald Van Lee and Christopher Kelly of “Megacommunities”, a volume containing proposals to identify the priorities and interests of communities and the audiences involved, and to find shared solutions for development.

Let’s start with the mother of all international problems: Italy does not speak English and its politics do not communicate with the world.
“In 2003 business was looking at offshoring[4] as a means to maximise profit leveraging the opportunities of globalisation and, in particular, China. Politics, not having business sense and dependent as it is on electoral support, has lost the power to attract talent as well as the ability to mediate between contrasting interests. This void[5] has been filled by NGOs, which also promote the interests of one part. Finally, the advent of the Internet has effectively provided “à la carte” information which is not always validated and often creates erroneous dogmas. This alteration of the areas of responsibility is a common trait in all Western Countries, and is not limited to Italy. One only needs to look at the presidential candidates in the United States, or look at the political offer in France and the UK, to see that there are no champions on the horizon. Italy also has another problem: it doesn’t speak English.

In 2016 as in 2003, it hasn’t got an authoritative communication medium in English. Today as in the past, it’s heralds are the Financial Times, the Economist, the New York Times and the Wall Street Journal. Today as in the past, Italy is not participating in the debate on itself: it delegates this to others. The tragedy is that this is still not recognised as an issue by the ruling classes as the key issue to solve if we want to compete at a global level. Many were surprised that Spain has overtaken Italy as a tourist destination, but Spanish is the first language spoken in the Americas.

Italy does not participate in the debate on itself because it doesn’t have a prestigious multi-platform medium published in English, it doesn’t matter if broadcast or online. This is a true strategic void and is not yet addressed as a problem”.

What are the unspoken truths on how Italy doesn’t raise business?
“Lack of information creates a rhetoric that clouds the reality of the true interactions between Italy and the United States. For example, interchange is marginal: only 7 percent of our exports go in that direction, little more than 40 billion dollars compared to the 135 of Germany. Direct foreign investments are negligible, Italian gravitas in New York’s key arenas, with the exception of ENI, is an oxymoron. But we must not forget that New York is the world capital of finance, of the funds that are buying Italian debt and the shares of listed companies. That’s where all the major think tanks and the NGOs influencing Congress are present, and Congress, in turn, influences the geo-political scenario. You often hear references to crisis and the decline of Italy but this is not the case.

Italy is undergoing an adjustment phase, it’s paying for all the past abuse of public debt which sold entire generations an illusion on the basis of unsustainable debt. What we call decline today, is actually an alibi to avoid admitting that we had been living beyond our means[6] and this isn’t possible anymore; let’s not[7] forget that we did this also before the Euro, with competitive devaluation of the Lira. If a Country has a public debt like the Italian one, it’s typically the result of a war or of an extraordinary investment programme, but ours doesn’t come from any of these two reasons. It’s the result of an economic development model without selection or quality”.

To govern the globalisation process you propose the concept of Megacommunities: what is it?
“Years ago, with a group of professionals we addressed the impending issue of managing post-globalisation society. Today we witness daily, real life situations where conflict and lack of vision co-exist, where the traditional areas of influence and expertise – politics, business, society – have been altered out of recognition. This is also because, as said, the corporate world is prevailing on politics, at a global and regional level, by attracting the best human capital, talent, resources.

Corporations are strong, the public sector is weak. In 2008, the panel in which I participated launched a new management model that takes this scenario into account: the Megacommunity. A public area in which people and organisations, the stakeholders, converge to analyse real issues (I’m thinking of big data) and solve them so as to preserve the system and mutual interests. Of course, an initiator is necessary, someone who can secure the buy-in[8] of all parties by proposing an action plan”.

In a global society, who should be making decisions: citizens, politics or global movements?
“First of all, let’s consider that politics have regressed. After legislating within the World Trade Organisation (WTO) to foster global business, politics has become a distant spectator and appears to be a passive observer of globalisation, without understanding it and therefore addressing it with no knowledge. This is not just true in Italy, but throughout the western World.

The true[9] point is that for the first time in all the history of all globalisations, in the last 20 years the great processes have all been driven not by armies, but by corporations, who have attracted the best human capital, something that politics has been unable to do”.

Italian businesses often feel hampered[10] by Italy’s lack of international credibility. What can change with Megacommunities, which make scalability one of their key strengths?
“Italy must get back among the ranks of world-class business in order to favour investments in both directions and to give the Country the standing it deserves as a high-tech power. To achieve this, the Italian Business & Investment Initiative (IB&II) was created in 2011 in New York.
What makes the difference are certainly the scalability of the initiative, which creates a link between brilliant young people and companies to kick off a real change through business, and the presence of Italian corporations and International banks that share the spirit of the project.

The plan is articulated in three points: scholarships (BEST), an accelerator programme for Italian startups, and an annual summit dedicated to Italy, to be held in New York. In detail: BEST allows young Italians to spend eight months in California studying business and working for Silicon Valley sartups. So far, the 77 recipients of scholarships have created 37 startups in Italy and attracted 45 million dollars from US funds: future Italian talents about to leave are between 100 and 150.
The second initiative allows Italian startups to experience the New York Venture Capital system for innovative companies: this, for example, allows the startups to set up an office in the US. Since 2011, as many as 300 Italian startups were hosted.

Finally, the annual summit allows Italian decision makers and leaders – enterprises, SMBs and the Government – to have a direct conversation with the New York business community. The summit is now at its fourth edition (on November 18th there will also be an Italian edition), is sponsored by prestigious Italian companies, is moderated by an influential American journalist and aims at informing the American media on why to invest in Italy, without hiding the challenges and issues. Only this logic will allow us to highlight all the opportunities and the changes that are taking place in Italy”. 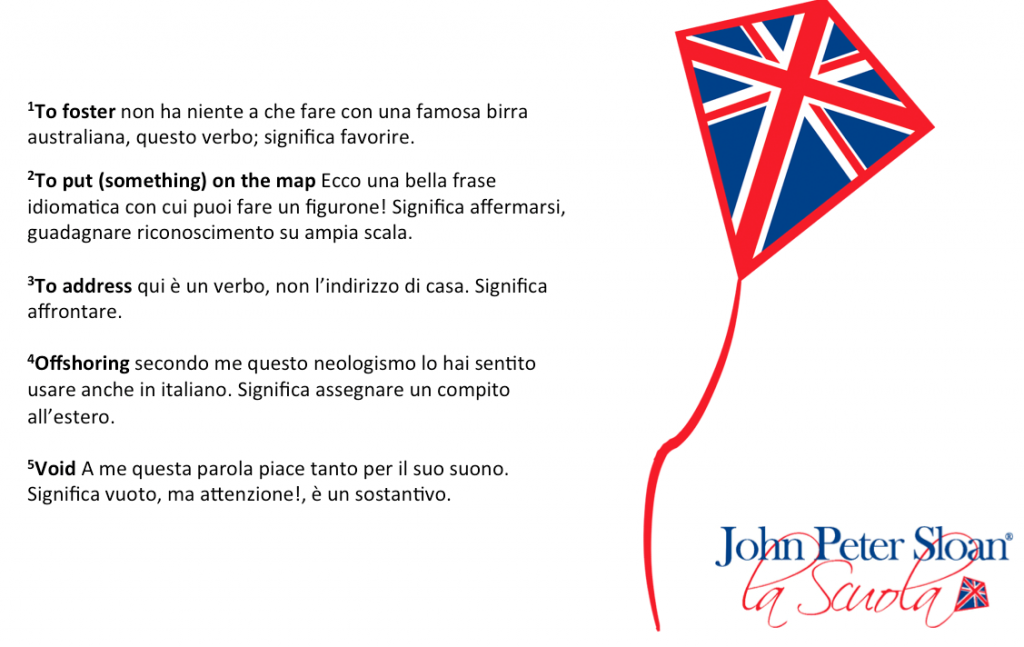 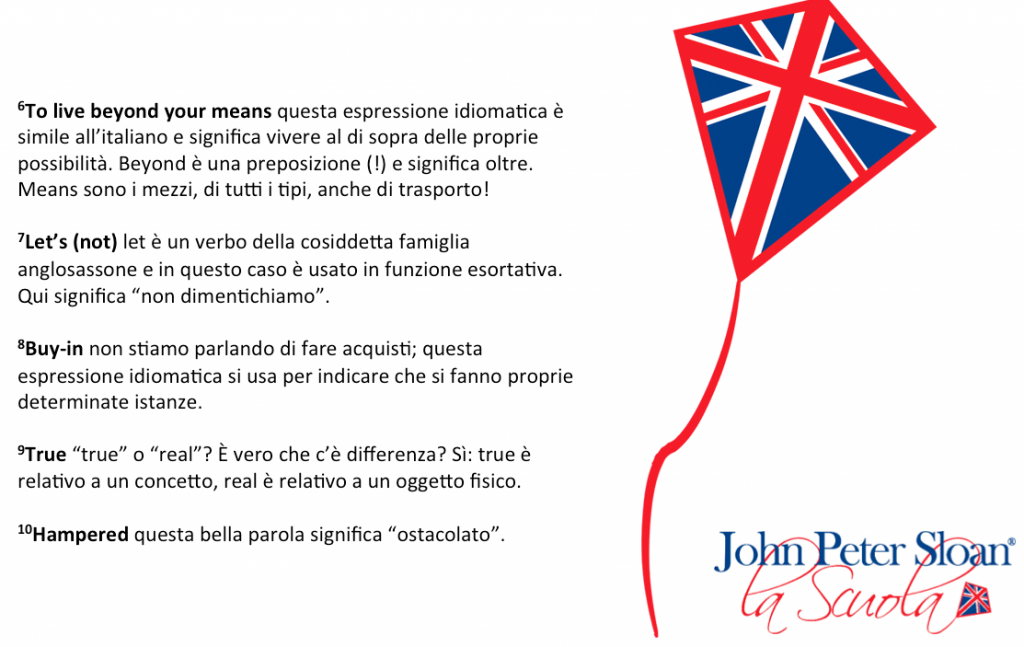 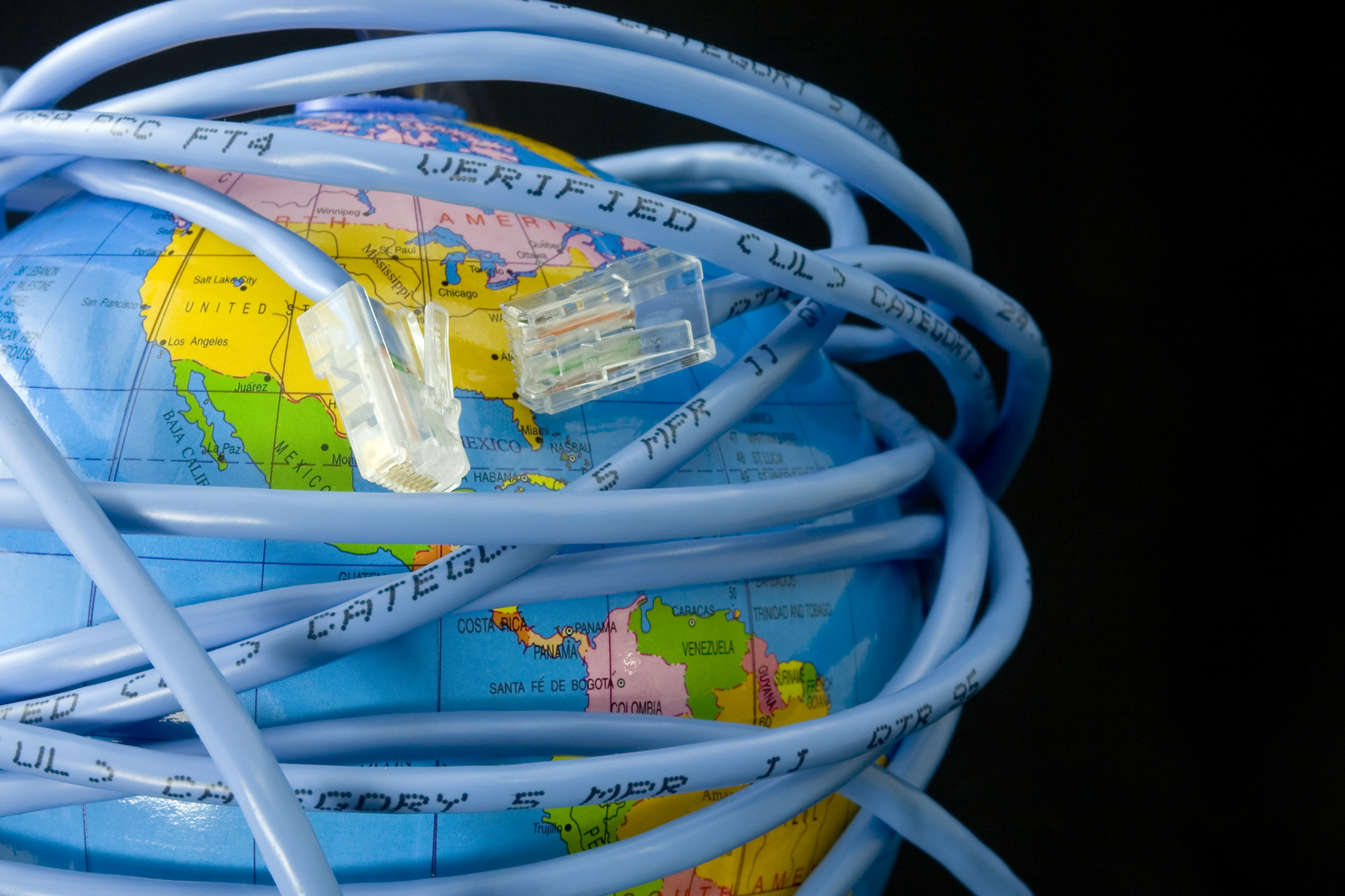 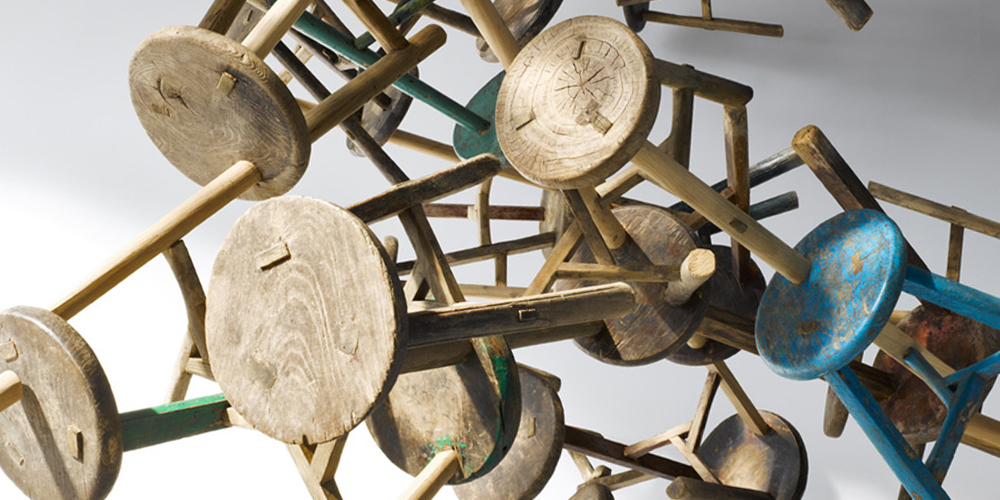 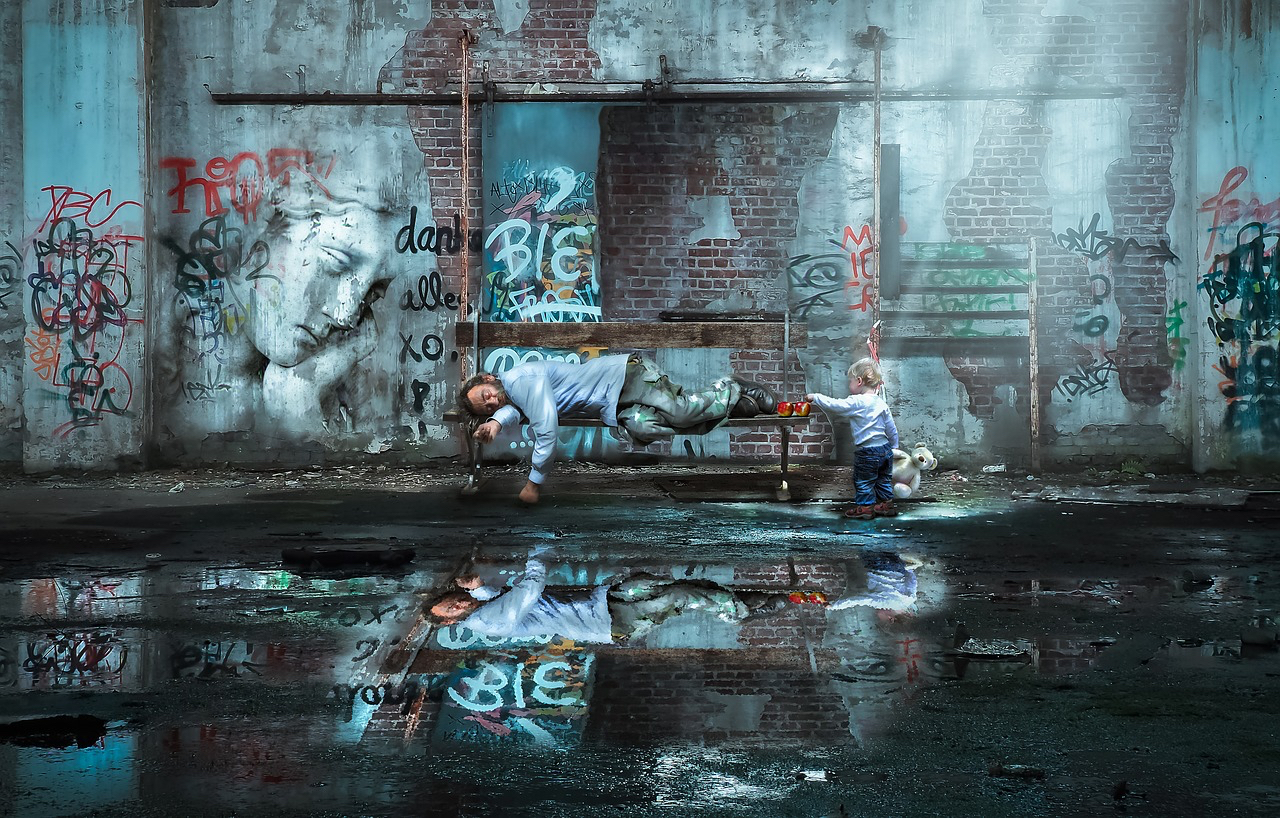 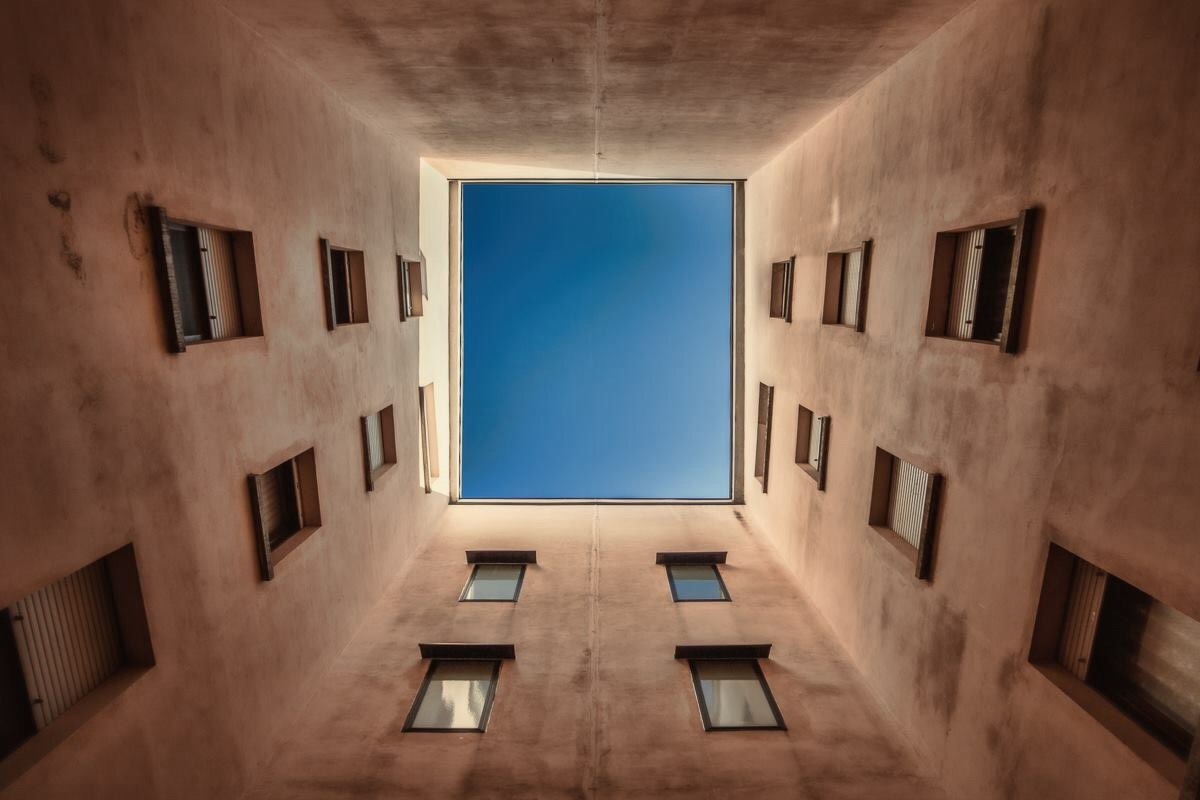 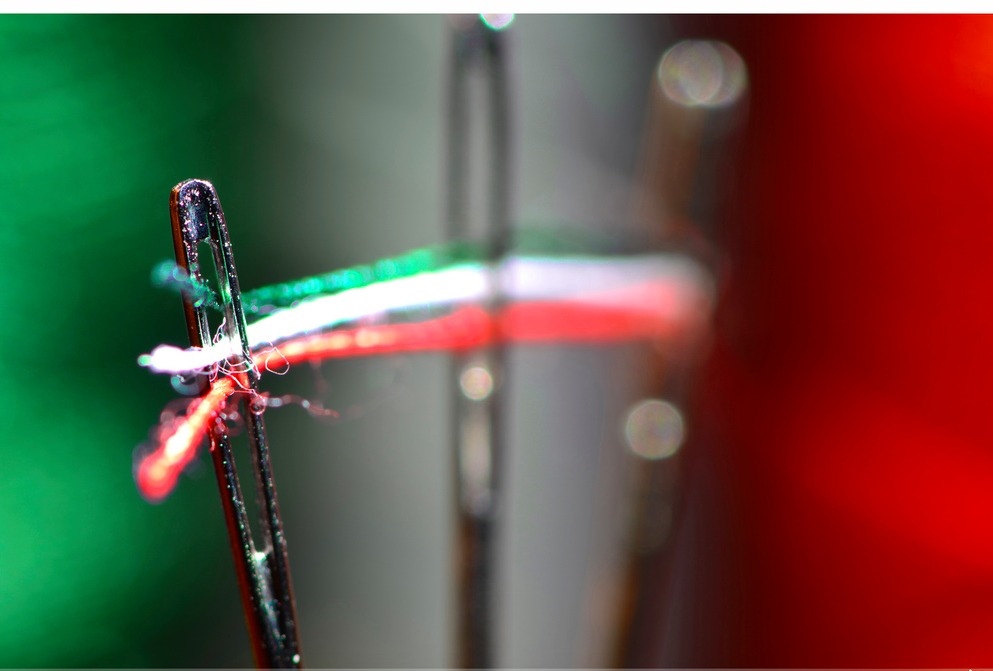 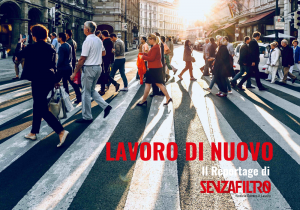